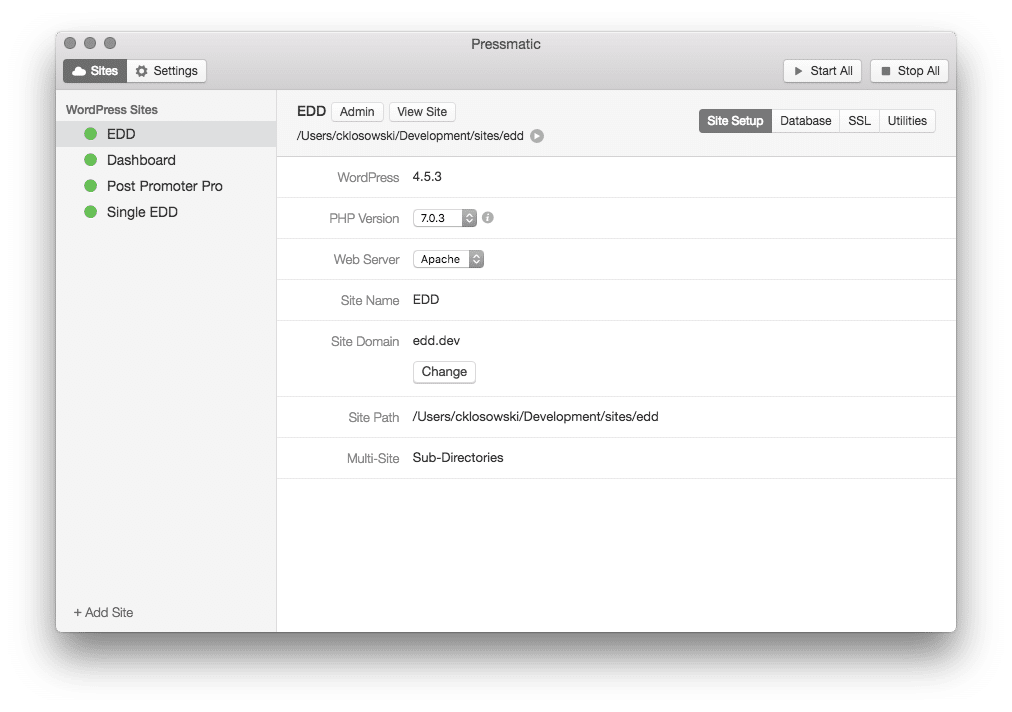 This is the first time I’ve worked with Mailcatcher, and it’s amazing. Many times I’ll use email addresses that aren’t valid, in order to test things on my local environments. Things like [email protected] or [email protected]. Obviously these won’t get sent to me, so when I want to test what emails look like when they arrive I have to configure a real email address, which ends up cluttering my inbox. I hate that. Mailcatcher, is basically a local loopback for emails sent via your sites.